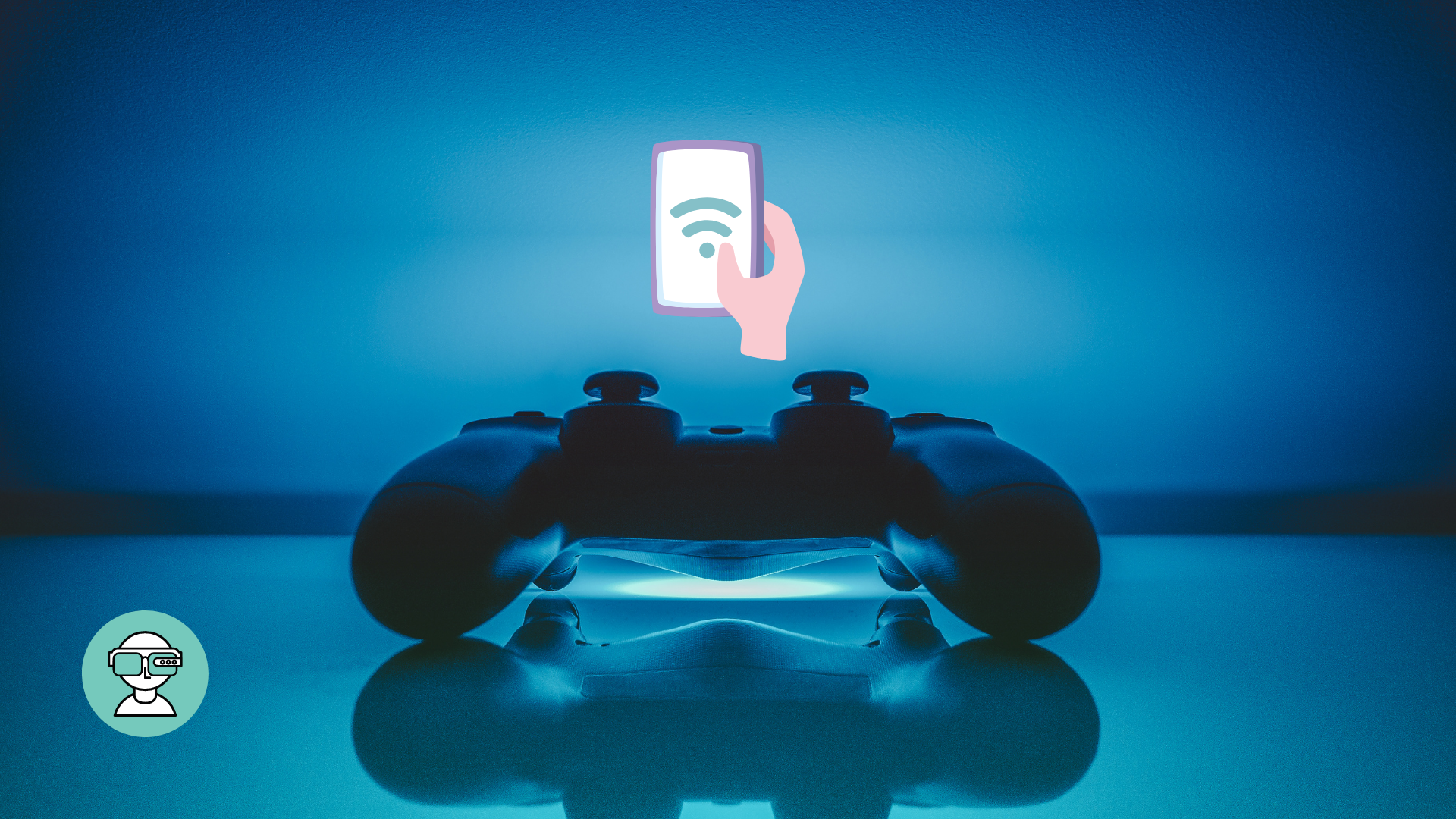 Here are the Best WiFi Multiplayer Games that you can play on LAN with your friends!

On Android and iOS, playing social gaming with friends is a breeze. For you and your pals to enjoy, there is a range of LAN wifi multiplayer games. WiFi multiplayer games are those that you can play with your friends while on the same Wi-Fi network. In today’s mobile games, online multiplayer is a standard feature. You may compete against people from all around the world or build a team. You can compete against one another or join a team to take on BOTs.

Here you have two options for multiplayer gaming. To play multiplayer games, the first option is to connect to a wifi hotspot. You can play online and request WiFi for another player at the same time. The next best option is Bluetooth.

For Android and iOS, these are the greatest LAN wifi multiplayer games. You may begin killing time right now by downloading these wifi networks.

Among most boys and men, racing is a popular gaming genre. Asphalt 8 Airbourne is a racing game in which you may ride motorcycles at breakneck speeds as well as race spectacular vehicles. The most popular racing game for Android and iOS when it comes to local multiplayer WiFi is Asphalt 8 Airborne. The automobiles have a realistic appearance and behave similarly to their real-life counterparts. For example, the creators provide over 200 distinct automotive kinds to pick from. Asphalt 8 features vehicles from well-known companies such as Lamborghini, Bugatti, Ferrari, and others. Asphalt will keep you busy for days with over 40 distinct courses, sixteen different locales, over half a dozen seasons, and 400+ events.

For several days, you’ll be busy with asphalt. Asphalt 8 Airbourne may, as you can see, be played with a huge number of people. At any given moment, up to 8 players may be on the track, so gather your pals and discover who is the natural racer.

The game is free, but you must download programs to play it. In-app purchases are also available to unlock more game features. To use the local multiplayer option, you’ll need to connect everyone to the same Wi-Fi network. Because an internet connection is not required, you can simply create a hotspot on your phone and ask everyone else to join it.

When you initially start the game, go to More Racing Options > Local WiFi >. After that, create or join a room. Classic and elimination racing are the two types of racing and circuits available. You may also pick the car class in Asphalt 8 so that everyone competes on an equal level.

To begin, hit the Launch button after everyone has arrived in the lobby.

Because of its simple yet challenging elements, Mini Militia’s co-op mode is highly engaging. You can invite up to eight others to a multiplayer match. The multiplayer option of Mini Militia, like that of numerous other games on this list, is based on local Wi-Fi rather than Bluetooth. There are a variety of open-world landscapes and games to pick from. You may also play in groups of two or four people.

It’s a multiplayer shooting game with a maximum of six players. This shooting game may be played with your friends via a WIFI network. The game’s ultimate objective is to remove all of your opponents. A flamethrower, sniper, shotgun, and more weapons are available.

For those unfamiliar with Mini Militia, the purpose is straightforward. You must shoot your opponents while controlling a goofy character. The player who has the most kills at the conclusion of the game wins.

Dual is one of the most engrossing local multiplayer games currently available. It’s designed for two players to sit across from one other and take turns shooting each other down. To make the gameplay more straightforward and engaging, the game employs smart approaches such as the usage of an accelerometer. Defend, Duel, and Deflect are the three-game types in the game. You may play right now by connecting your phones through Bluetooth or Wifi. The game may be played between two players via a Wi-Fi or Bluetooth connection, as the name suggests. Someone starts a network and invites others to participate in the fun. The goal is to shoot your phone at your friend’s phone in order to fight. Tilt your phone to avoid bullets, charge, and fire. This is a fantastic game.

Among Us is, without a doubt, the finest and most popular game of all time. It was discovered during a time when people couldn’t visit their pals or were always at home with their families. With the support of a local Wi-Fi network, the game has evolved into entertainment since 4 to 10 people may play at the same time. Among Us has lately exploded in popularity throughout the world, owing to the fact that it ticks all of the boxes for a fantastic multiplayer experience. It offers a compelling goal, a solid game mechanic, and plenty of adrenaline-pumping action.

You can play as either a crew member or an impostor in this game. Your mission as a crewmate is to play online with friends or strangers to find the impostor in your crew who is hellbent on jeopardizing the ship. In the opposite scenario, if you take on the role of the imposter, you must fool the crew through sabotage, murder, and psychological warfare. The game’s fascination is heightened by the fact that both crew members and imposters share the same look. Because it works offline on your local Wi-Fi, this game is a lot of fun.

At the same time, the game’s intriguing details, cross-platform compatibility, and other features have made it a favorite of many players, who do not weary of launching it over and over.

Sea Battle 2 is a battleships game with a few additional features thrown in for good measure. It has notepad-style graphics, which harken back to when kids used to play the game on paper. The remainder of the concept is the same. You must guess where the enemy’s ships are moored and then attack them with explosives until the fleet is sunk.

In the local multiplayer mode, you may play against a friend. On a single phone, you may also play a co-op game in which you take turns assaulting and putting up ships. Sea Battle 2 is also one of the greatest offline multiplayer games for you and your friends to enjoy. The goal is to conduct attacks on your opponent’s field using battleships, aircraft, submarines, mines, and radar. A Bluetooth connection is required to play the game with your pals. You may also play with other players online.

Badminton League is a fun game that allows you to play one-on-one with your pals via local WiFi, place bets, and win real money. The game’s physics engine accurately simulates the rocket, shuttlecock, and accompanying noises. You may also customize and build your own character, as well as execute amazing acrobatic feats. Badminton League is a badminton simulator for smartphones based on an arcade game.  Badminton League is a virtual badminton league in which you may test your badminton talents. It offers typical gameplay and just requires a little practice to get the hang of the controls. Smashes and other powerful strokes, for example, will take a few matches or tournaments to perfect. You may either participate in world championships online or from a local lobby with a buddy. Even in local one-on-one mode, you have the option of selecting from a variety of clothing and settings.

It’s worth noting that the game features a fantastic, engaging design and high-resolution visuals. All of this was done in a computer-generated way, complete with animation and music. You don’t have to put forth a lot of effort to control your persona.

Only a few buttons are used to manage your character in Badminton League — for moving and waving your racket. The most enjoyable aspect of Badminton League is competing against your friends through Wi-Fi

Badland is an old-school platformer. It’s also one of the few games that allow you to play with your friends locally. Up to four people can play on the same device.The game has fun aesthetics, a level builder, complete controller compatibility, cloud saving, and Android TV support. As a result, regardless of device, it is one of the best local multiplayer games available. The platformer feature is unique among local multiplayer games, and the game is easy enough for your friends to enjoy. You are running through a forest that’s laden with hidden and imaginative traps that are difficult to recognize and hence, avoid.

A smartphone can function as a gaming device that is always with you, so you can play the game while standing in the queue, on the break at work, in the evening at home, and so on. Especially since this game is really interesting, it has several maps to choose from and each of them has 40 different levels. Also, it has a multiplayer mode where up to 4 people can play at the same time.

The game’s mechanics are straightforward: you must overcome obstacles, solve riddles, and progress to the next level. These basic acts will not be mastered the first time they are performed. The challenge of Badland is that you are trying to catch the camera movement rather than the camera following you, therefore even the smallest delay causes you to lose your eyesight and perish.

On every platform, Minecraft is one of the most popular local multiplayer games of all time. You’re already familiar with how Minecraft works. You spawn into a universe where you have complete freedom. Single-player and multiplayer options are available. Players may make their own servers and play on them with their buddies.

They may even purchase a Microsoft server on which everyone may play. This game is also cross-platform, including versions for Windows and Xbox. That’s fantastic. Without a sure, this is one of the greatest local multiplayer games accessible, since you can play the entire world several times without getting bored.

If you like Minecraft, you should definitely try out the local multiplayer mode to get the most out of the game. Up to ten gamers from various platforms can connect to your private server.

BombSquad is an offline local multiplayer WiFi game for Android in which players compete by throwing bombs at each other in an arena-style conflict. Since it needed coordination, the development of a unique strategy, and the use of clever bombs to kill your opponents, Bomberman has fascinated gamers all over the world. On your smartphone, you can now play a comparable game with high-quality pictures, exciting components, and the ability to play with a big group of friends at the same time.

The player of BombSquad finds himself in an arena full of strange and thrilling stuff. Among them are a hockey rink, mushrooms, tree-based constructions, and a variety of other items, some of which will literally fall from the sky.

BombSquad is a fun way to fight with your friends in a 5 against 5 or all vs all gaming type. To defeat your opponents, you must pay great attention to what falls into the playing field, since it may work as a powerful booster.

You should also remark that BombSquad has a wonderful soundtrack — everything is so artistic and amusing that even if you lose, you won’t be disappointed.

You can play several local WiFi multiplayer games with your friends on your Android and iOS smartphones.  To spend your leisure time with friends and coworkers, download your favorite games