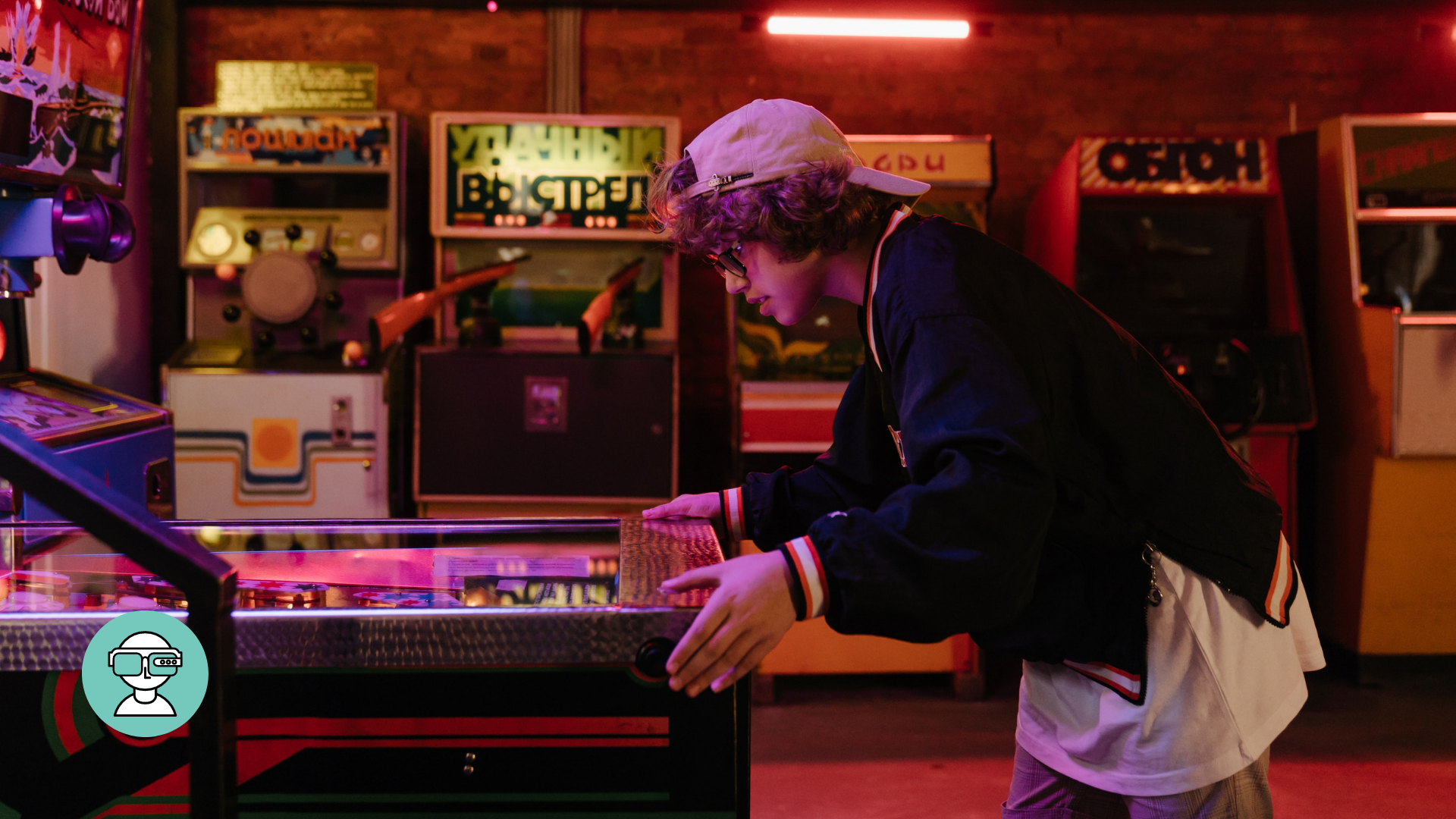 Get the Best Free Pinball Games for your Windows PC!

Entertainment is one of the major requirements and has become more important in this chaotic world for all people to live happily. So to enjoy their leisure time many games, activities, etc., are being designed in this modern era. Games have always been an integral and exciting part of the PC. Games are the relevant way to preserve cognition and enhance problem-solving abilities, creativity, and emotional well-being. Gaming helps us to relax from the bustling life and provides a lot of positive vibes.

Pinball games for windows have been one of the most popular forms of entertainment available in the market from the start of PC gaming. 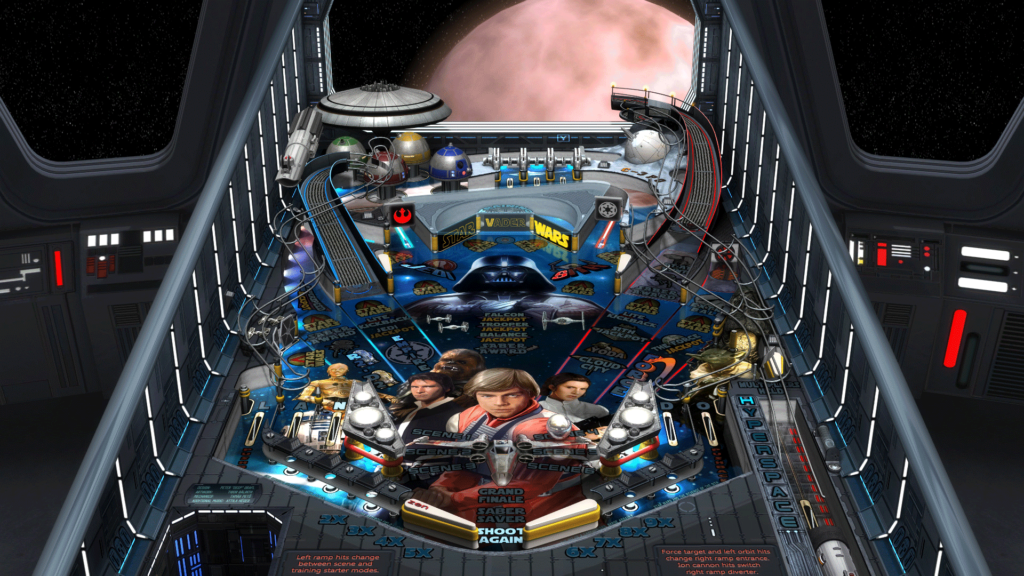 Meaning, Features, and the types

Pinball is an arcade entertainment machine. The game’s main objective is to gain as many points by hitting the targets before the ball is lost, through gutters or the center drain of the machine. Most pinball games will give one ball, and the game gets over after the ball is lost from the last chance. The Pinball game has a ball propelled by a plunger that scores points as it rolls down a sloping area with pins and target points. Pinball games are one of the low-cost entertainment which was popular in the early 1930s. The first automatic pinball machine was discovered in 1931, and then coin-operated games were found. The first pinball game was introduced with Windows XP and later developed for different versions.

For those who enjoy the challenge and can take themselves on a roller coaster ride, modern Pinball games are the best option, giving the exciting lighting and thrilling sound when the ball hits an object. Pinball games are available to download for free for the Windows PC, which is perfect if you don’t want to focus much on the game and pass your time with something. Pinball games have multiple play modes with multi-level playfields and have become increasingly complex. The placard, which is placed in the lower-left corner of the playfield, is used by the players to learn each game pattern and seek the highest scores. The playing strategy of pinball involves applying proper time, nudging the playfield when needed without tilting, and choosing the destination.

Skilled pinball players can gain a high level of control of ball motion and learn the angles quickly. The components of the pinball game include the Backbox/head, lower cabinet, playfield, plunger, flippers, bumpers, kickers and slingshots, targets, holes and saucers, ramps, back glass, etc.

Some of the common features in modern pinball games are the following:

It is a classic pinball game to experience a nostalgic feel but with improvised aspects. It gives better quality in graphics, excellent sound quality, coloring, and gameplay compared to the old version. The keyboard keys have a manual selection which is easy to play. It allows you to play multiple tournaments to showcase the skill worldwide and communicate.

Pros: This game is available for free in the app store to download and play with ease.

Cons: The music does not match the original pinball game. Persistent ads popup, which can make the users sometimes feel irritated.

It is one of the easiest classic pinball games with a minimum controller. Within the time limit, it earns points each and whenever it hits the surroundings. The main goal of this game is to make as many points as possible without making the ball fall out of the board. You can play this game with a keyboard and have different types of rewards provided during the game. To attract the users to play the game, it has excellent graphics.

Pros: By understanding the game criteria, this game is suitable for all age groups.

Cons: This game supports the operating system Windows 10 only.

With a fantasy storyline and awesome gameplay, this is an upgraded version of the pinball game for Windows. It is a game for combining both classic styles with innovative development. This is a game about a small beetle Yoku whose journey to an island is full of struggles and challenges. It is mixed with action and adventure with an exploration of new areas throughout the game. The game target is to hit, switch and flip the ball to meet the bonus fruits.

Pros: This game has awesome graphics quality along with gentle bird songs, rain music, or the wind blows.

Cons: The mapping screen is a little confusing when it comes to location, making one get lost easily from the next location.

This pinball game has an adventurous journey with interesting twists and excitement. The main pinball character of this game is a tiny squirrel. It is a pinball game with a game story to enjoy in free hours. It is equipped with nine levels while you get three bonus level minigames. A boss fight, level up, bonus games are interesting elements. It has the option to team up with friends and defeat the enemy.

Pros: One can enjoy the traditional pinball game with new changes in gameplay.

Cons: The first three parts of the game are found free, while the rest are found in One-In-app.

Here Sonic is acting like the pinball character. This pinball game for PC can be played single-player and multiple players. This is based on a storyline of the evil scientist created for massive destruction of evil purposes, where the sonic saves the world with adventurous action. Sonic faces a number of struggles gradually at different levels. It has features to control sonic on foot; however it rolls like a pinball most of the time. The ball is influenced directly by using the D-pad. As the level goes up, the pinball gets into different challenges and completes the whole game.

Pros: This game has an interesting theme with a beautiful combination of mechanics, graphics, and core features.

Cons: This game is like a classic “taking turns” where each can have their own game session and not like online playing rather.

Microsoft Pinball Arcade is the most realistic gameplay for Windows PC. The game player must hit a target metal ball using the launcher, the more points are earned if he hits more.It has colorful graphics with pool tables and all the achievements. There is freedom of selection on the table for each player since it has seven pinball tables. This pinball game can be both single and multiplayer. The player in this game hits a metal ball using a launcher, and the more it hits, the more it gets points. The ball achieves the maximum points if it hits a different location on the table. The upgraded version of this game allows you to control the camera and look around the table.

Pros: If someone wants to experience the real classic pinball game with different tables, this is the best game to play.

Cons: The game lost the Bally/Williams license that restricted the tables in manufacturer packs.

This is a pinball for windows PC built with the concept of focusing on the community in a pinball game. This is both single and multiplayer. It gathers the community of pinball players and enjoys participating in online competitions. You can bring back the previous FX2 version without any cost along with this FX3. This allows the game with power-ups, unlockable bonus items, table upgrades, etc. The graphics in this game are colorful and bright and look beautiful and fun to play.

Pros: This game has a variety of tables to try on so that you don’t get bored only with the repeated tables.

Cons: This pinball game has bright colors and special effects; sometimes, these tables are hard to handle along with flippers.

This is a winter-themed pinball game with more of a discovery-based adventure game. This game has a vibe of a hand-cranked snow sphere like a pinball through a snowbank. This game has bonus scores to make it more enjoyable, combined with music and graphics. It is more unique and interesting to the user with innovative themes. This game has high-quality features with camera scroll, up-down, mechanics, etc., and a single table. Additionally has multiple cool elements like multiple flippers, launchers, and source balls. When the collected jewels disappear as you roll over them with a snowball, this disappearing feature makes it more interesting.

Pros: This pinball game is an interesting choice if you don’t want to play too many tables and just concentrate on one with cool features.

The most energetic pinball game is the Demons Tilt with a three-parted table. To double up the scores, it has some bonus tasks. The complete graphics of this game is very dark and gothic. This game converts waves of enemy attacks and gives a vibe of an unusual magic system. Multiple features like bullet heel, mega driven soundtrack, multiball, etc., are present. For a big jump in the score, there is a wizard mode to increase the global multiplier. To become more curious and playful, combo techniques are present.

Pros: This pinball game gives a vibrant soundtrack with a thrilling visual impression.

Cons: Traditional pinball fans might not like much since the concept is more advanced and slightly different from the usual pinball game.

Android emulator is a useful software that is being used to play simple pinball games for PC.

Now double click on the game icon in Bluestacks and start using the free pinball games on your PC. We can easily use the games the same way as on your Android or iOS smartphones. The Bluestacks has stunning features, and it is a recommended way to install the games on PC, with the PC having a minimum configuration to avoid any loading issues while playing high-end games.

MemuPlay is another popular emulator in recent times, which is fast, super flexible, and designed exclusively for high-end gaming purposes. It is simple and lightweight compared to Bluestacks for high-end games like PUBG, Temple Run, Mini Militia, etc. Let’s see the installation procedure:

Bluestacks emulator is absolutely safe to use.

Yes, the free pinball games are suitable for Windows 10 and above.

It’s easy to play pinball games on your Mac.

Nowadays, people often ignore traditional PC platforms and give much importance to the android or iOS platforms. So for those gamers who want to play and enjoy their games on a bigger screen, emulators rescue. These are simple and easy to install to use apps like pinball games for PC. The Free Pinball game has got enormous popularity, with its simple and effective interface. We have discussed the installation process on PC Windows, with popular emulators to use apps on PC. Pinball games being lightweight and easy accessibility have ruled the PC gaming world and make your time enjoyable. From the old ones to the latest, Pinball games have many more developed versions with new innovation concepts. There are improvised versions of Pinball games gathering all the pinball fans in one common platform to play at different tables. Pinball games are fun, exciting, and easy to play. All the age groups love to play this appealing game.